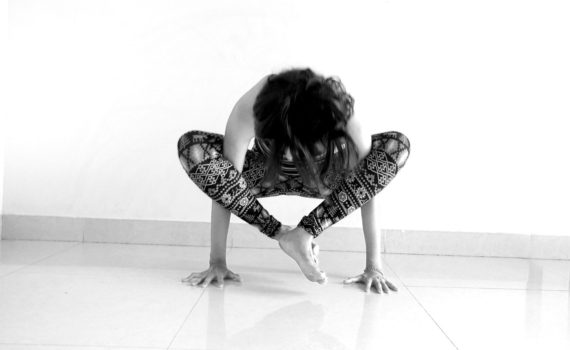 Yoga originated in India and has been practiced for approximately 4,000 years. The goal of yoga is to unite the mind and body in a way that promotes health.

Although there are different schools of yoga, there are key elements that cut across most of these schools, including breathing exercises (pranayama), postures (asanas), and meditation (dhyana).

Several scientific explanation are given on the benefits of yoga for persistent pain conditions.

Some of them are as follows

A study was conducted to determine whether novices to yoga would be able to reduce their heart rate voluntarily and whether the magnitude of reduction would be more after 30 days of yoga training. The result of the scientific study clearly suggested that yoga training can enable practitioners to use their own strategies to reduce the heart rate, which has possible therapeutic applications. [source link]

An 8-week regimen of yoga introduced in patients with heart failure in addition to standard medical therapy has shown that Yoga improved exercise tolerance, positively affected levels of inflammatory markers and there was also a trend toward improvements in quality of life. [source link]

In 2004, the Nephrology Department of  Uludag University Faculty of Medicine conducted clinical research in  patients with end-stage renal disease. In which, 37 clinically stable hemodialysis patients participated and were divided into two groups. The modified yoga-based exercise group has 19 patients and 18 were in the control group. Yoga-based exercises were done in groups for 30 min/day twice a week for 3 months. All of the patients in the yoga and control groups were given an active range of motion exercises to do for 10 min at home. The main outcome measures were pain intensity (measured by the visual analogue scale, VAS), fatigue (VAS), sleep disturbance (VAS), and grip strength (mmHg); biochemical variables– urea, creatinine, calcium, alkaline phosphatase, phosphorus, cholesterol, HDL-cholesterol, triglyceride, erythrocyte, hematocrit–were evaluated.

After 12 week, improvement of the variables in the yoga-based exercise program was found to be superior to that in the control group for all the variables except calcium, phosphorus, HDL-cholesterol and triglyceride levels. [source link]

There has been many scientific research which demonstrated that yoga can produce psychological changes, such as increased awareness of mental and physical states. This in turn may help patients better understand their pain.

Finally, it is possible that yoga can lead to improvements in self-efficacy for pain control.

Yoga could be used as a tool to help patients better address the biological, social, and psychological aspects of persistent pain.